Any given farmers market parking lot contains a familiar spattering of bumper stickers: “Buy Local.” “Support Your Local Farmer.” And for Mike Smith of Big Oak Farm in Cabarrus County, none of them are the answer.

“Demand has outpaced supply for at least 10 years now, ever since we started doing farmers markets,” he says. Smith, whose family has been farming on the same land for over 150 years, has the market to sustainably expand his operation, with locavores and farm-to-table restaurants clamoring for his pastured beef and pork.

But rapid development and resulting rising land prices stand in his way– and threaten the area’s local food supply.

“Once you start putting down concrete,” he says, “it’s never going to go back to farmland again.” 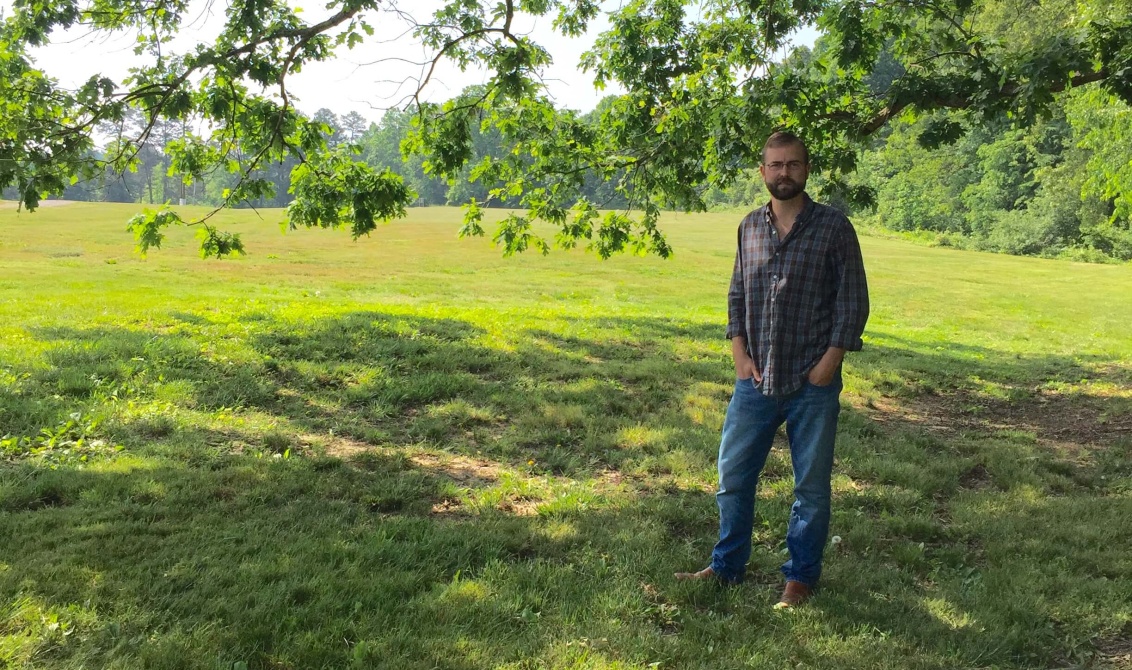 Zack Wyatt, a Northern Virginia farm kid turned Charlotte transplant, began noticing the Carolinas’ disappearing farmland after reading local blogger Lisa Leake’s book “100 Days of Real Food,” which details her family’s conversion to locally grown whole foods. He remembers the farm-rich region of his youth getting developed “in a matter of a decade,” and sees areas like Ballantyne and Huntersville heading briskly in the same direction. So in the short space of a few months he founded the Carolina Farm Trust, rounded up a dizzying list of local partners and organized the Carolina Jubilee.

The two-day music festival at VanHoy Farms in Harmony, NC, Oct. 16 and 17 aims to raise the funds to purchase 40 acres of farmland for Big Oak Farm to lease back at an affordable rate– bringing more local food to the tables that are waiting for it, and saving more pasture from concrete.

It’s a lofty goal and Wyatt knows it– so does Smith, who hung up on Wyatt the first time he called. But at a time when freshly-built Target stores are selling dish towels printed with the words “Farm to Table,” the land, says Wyatt, is where we need to start.

“We are not anti-development, we are advocating for smart development,” Wyatt notes. “I don’t believe capitalism means maximum profit at the expense of everyone else, which is unfortunately where we are with food and farmland.”

Carolina Farm Trust will simultaneously protect farmland and farming families, with lease contracts stipulating sustainability measures (raising poultry free-range rather than in factory-farm sheds, for example) and allowing long-term, low-tax leases to be passed on to children. Seventy-five percent of funds raised at the Carolina Jubilee will go directly toward buying land to protect and lease to local farmers like Smith, with 25-percent carrying forward into an operating budget for the following year.

The lineup for the Jubilee’s inaugural year includes Mipso, Tacoma Narrows, Sinners & Saints, The Business People and several other regional acts, also heavily featuring the fat of the land– food, beer and wine from local farms will be offered throughout the festival.

“This event isn’t just about raising funds for our mission, it’s about representing Carolina and everything its farms can offer,” says Wyatt.

And the mission at its root is tangible and simple. It’s hard to quantify governmental lobbying or public relations campaigns, Wyatt says, but “with us you can see the land. You can see a new farm, you can see a tractor that Carolina Farm Trust helped buy.” And if the first Jubilee meets its goals, you can see Big Oak Farm beef on more menus and in more markets. Smith says that with the acreage the trust hopes to secure, he could increase his production by at least 30-percent without compromising quality or sustainability.

Wyatt hopes both the Carolina Jubilee and the Carolina Farm Trust will. The trust is looking at the potential for partnerships with regional universities to open some land up for soil testing and research into sustainable farming practices, and wants to vertically integrate other non-profits to work on fostering ecosystems through responsible farming.

In the meantime, however, two days of music on a Carolina farm could secure one patch of responsible food production, and that’s how Wyatt envisions the Carolina Farm Trust moving forward– acre by acre, meal by meal.

“Agriculture is a special cause because of everything we can incorporate into it as we grow,” he says. “We can foster long-term economic development in communities, we can get farm-to-table into schools. Food changes everything.”